Google Play Pass gives subscribers access to “more than 350 apps and games”  that are “free of ads, in-app purchases and upfront payments”. Google promises that new apps and games will get added on a monthly basis.

The company launched Play Pass alongside a promotional offer that provides access for $1.99 in the first 12 months instead of the regular price of $4.99 per month; the offer expires on October 10, 2019. The service requires Android version 4.4 and above. 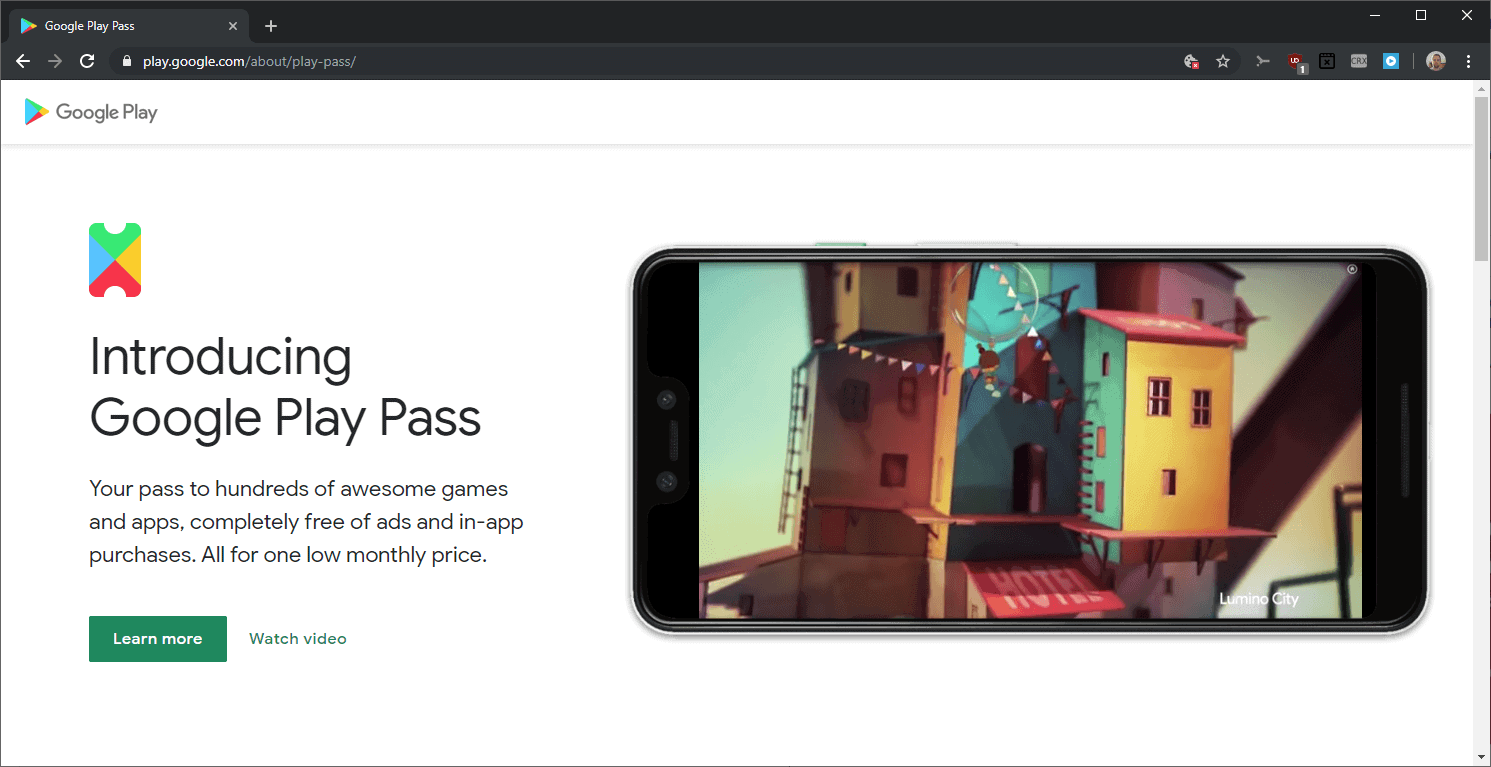 Subscribers may install any of the included apps and games, and use them on their devices. Additionally, Play Pass subscribers may share the subscription with up to five family members.

The official Play Pass page lists some of the included apps and games but not all of them. You may check out the entire list of games and apps on Imgur.

What are the pros and cons of subscribing to Google Play Pass?

Here is why you may want to subscribe to Google Play Pass:

Here is why you may not want to (or can’t) subscribe to Google Play Pass:

Is it worth it?

Google Play Pass may be worth it if you would have paid more in total for applications, games, and in-app purchases than the subscription price. It needs to be noted that access is lost when you unsubscribe and that you need to factor that in as well.

Some users might use the same strategy that they use for media subscription services such as Netflix. Instead of paying for an entire year, they subscribe for a month or two to watch the shows and movies that they are interested in.

The strategy should work well for the games that are offered but may not be that successful for apps as you may want to use them throughout the entire year and not for just a month or two.

All in all, I’d say that most Android users may be better off buying apps and games outright especially since usage is not time limited.

Now You: Will you subscribe to Google Play Pass?

Ghacks needs you. You can find out how to support us here (https://www.ghacks.net/support/) or support the site directly by becoming a Patreon (https://www.patreon.com/ghacks/). Thank you for being a Ghacks reader. The post Google Play Pass: the pros and cons appeared first on gHacks Technology News.