Microsoft revealed some time ago that it plans to release the first Stable version of the company’s new Chromium-based Microsoft Edge web browser on January 15, 2020 (a day after end of support for Windows 7).

The company revealed this week how it plans to bring the new web browser to user systems that run the Windows 10 operating system. According to the information provided on the Microsoft Docs website, Microsoft will deploy the Chromium-based Microsoft Edge web browser automatically via Windows Update for all systems running Windows 10 RS4 or newer. For those who don’t know, RS4 is Windows 10 version 1803. 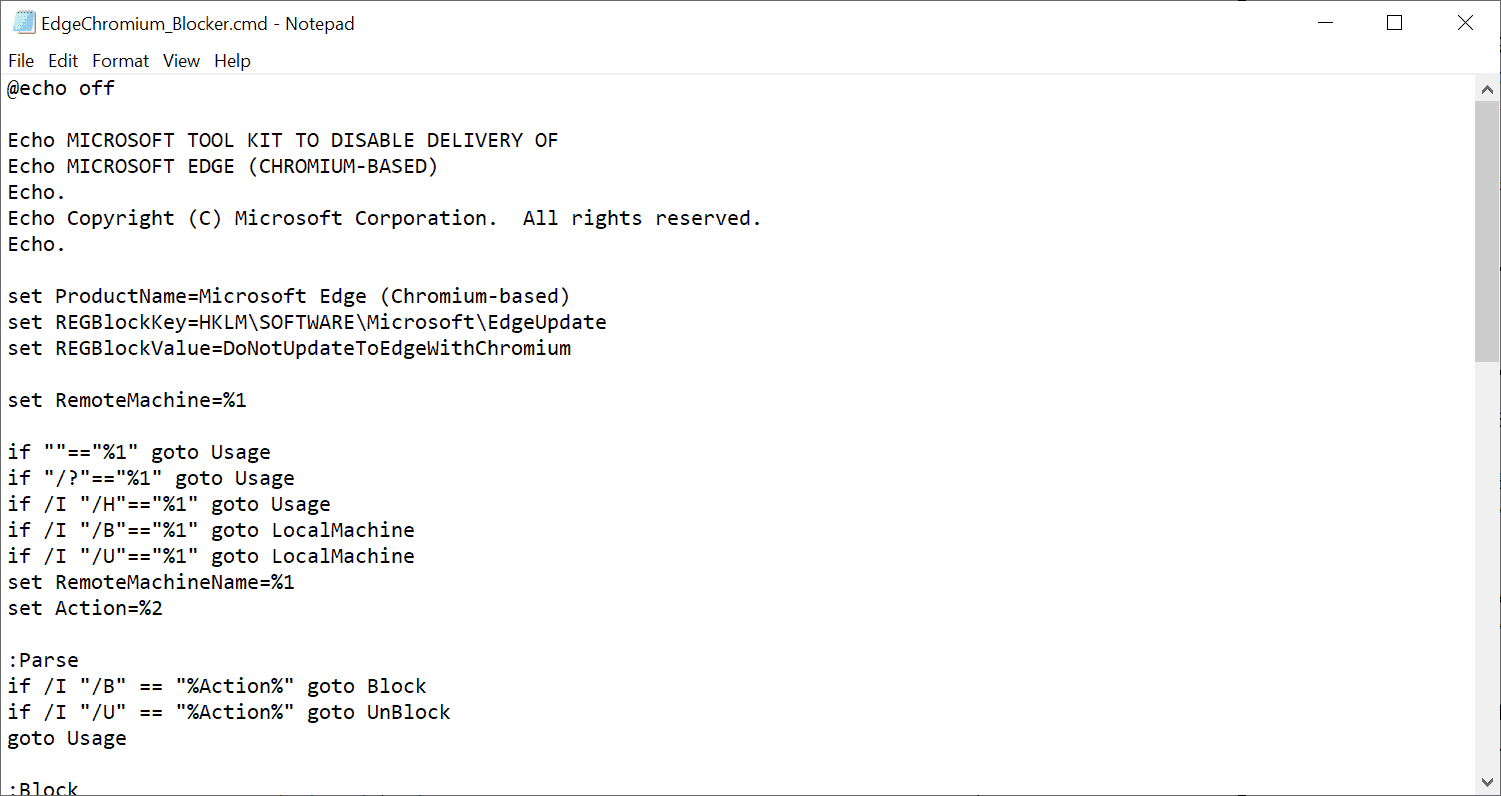 Administrators may download the Blocker Toolkit from the linked Microsoft Docs support page. The blocker is provided as an executable file that administrators need to run on target machines. The executable is a self-extracting archive that extracts four files to the specified folder.

The command file sets a key in the Registry that prevents the downloading and installation of the Chromium-based Microsoft Edge browser; there are also policy templates and a help file.

The command script may be run with parameters, e.g. to block Edge on remote computers.

All it takes to block the deployment is the following:

It is likely that the new Edge will be included eventually in new versions of Windows 10 and that the option to block it won’t work anymore at that point in time. For now, it is possible to block the browser from being deployed automatically via Windows Update.  Administrators who have disabled Windows Updates or use other means of update deployment don’t need to do anything at this point. (Via Deskmodder)