It always takes a bit longer before the second cumulative update of a month is published by Microsoft for the current version of Windows 10.

The company changed the update testing and release strategy some time ago after the Windows 10 version 1809 release fiasco to test updates in the release preview ring before they are made available to all devices running the version of Windows.

Note: KB4501375 is considered a preview update, not a final update. It should not be installed on production machines but is suitable for testing purposes. In any case, make sure you create backups before you install the new version. 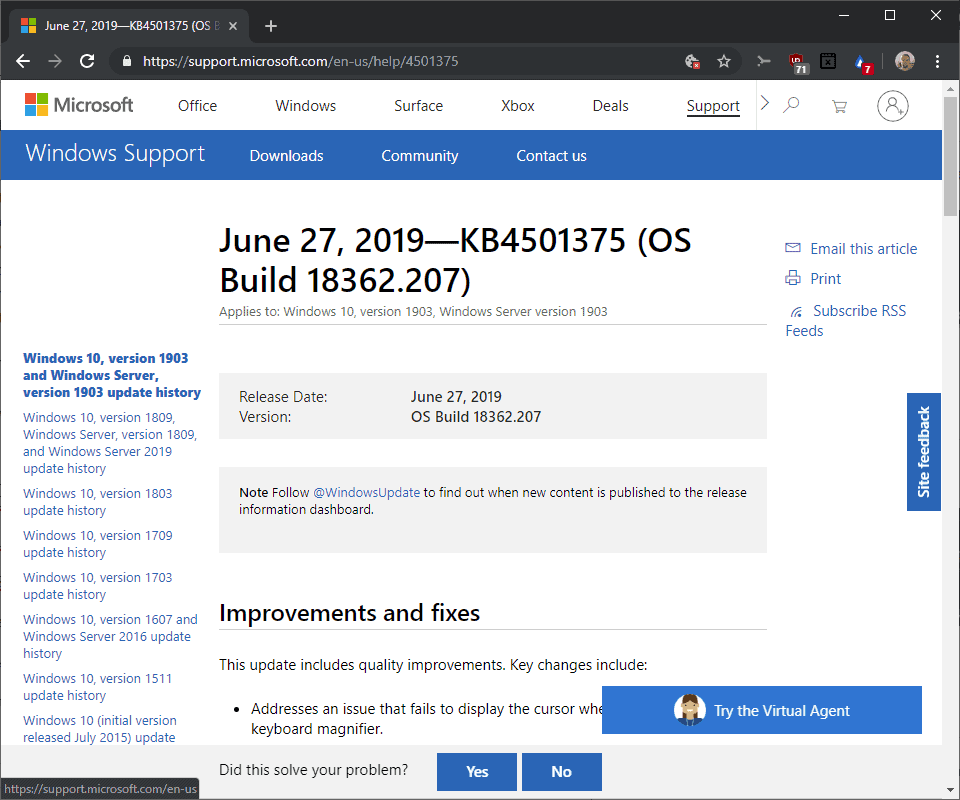 The new cumulative update shares many of the fixes of KB4501371 and KB4503288 that Microsoft released earlier this month.

Here is what is fixed and improved in the new update:

Microsoft lists just one known issue for KB4501375. The sandbox issue is still a thing in the new version..

Now You: When do you install the secondary updates of the month?

Ghacks needs you. You can find out how to support us here (https://www.ghacks.net/support/) or support the site directly by becoming a Patreon (https://www.patreon.com/ghacks)). Thank you for being a Ghacks reader. The post Microsoft releases KB4501375 for Windows 10 version 1903 appeared first on gHacks Technology News.