Microsoft announced yesterday that it decided to rename Office Online, a suite of Office applications on the Web, to just Office. Applications such as Word Online or Excel Online will be called Word or Excel going forward.

Microsoft is moving away from using platform-specific sub-brands for products that are available for more than one platform. The company plans to change the name of Windows Defender to Microsoft Defender going forward and the rebranding of Office Online to “just” Office follows the same line of thought.

In line with this approach, the official product name for what was previously referred to as “Office Online” is now simply “Office.” We have also discontinued use of the “Online” branding with each of the apps so “Word Online” is now “Word,” “Excel Online” is now “Excel,” etc. 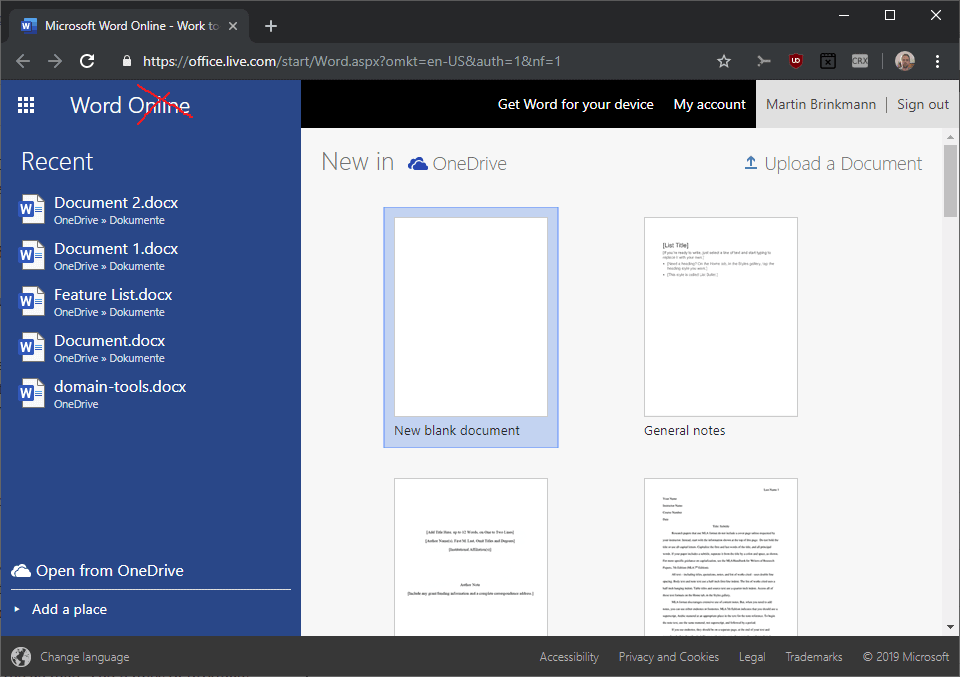 Microsoft is aware that the terms Word, Excel, or Office can refer to multiple products. To avoid confusion, it revealed that it plans to use descriptors when it refers to a specific version of Office such as Office Online.

It may use the term “Office for the web” or similar terms similarly to its use of Office for Windows or Office for Android. Office for the web is not a “new brand or strict naming convention” however, and Microsoft may also use other terms such as “on Office.com” or “in a browser” to refer to the online version of Office or online Office applications.

Microsoft expects to complete the branding change soon. Office on the web applications have not been modified at the time of writing as they make use of the old name, e.g. Word Online.

Server products that use “Online” in the name are not affected by the change. The names of products such as Exchange Online, SharePoint Online, Project Online, or Office Online Server won’t change.

Generally speaking: the term Office refers to the entire Office family of products, e.g. Office for the web as well as desktop and mobiles going forward and it should be read as such.

The name change could make things more confusing for users and customers if Microsoft, its partners, or third-parties fail to make proper distinctions between products.

Even if the distinction is made, it does not take into account references made in the past. If an article was published before the name change, it might use Office or Word to describe the desktop version of the product only.

Now you: What is your take on the name change?

Ghacks needs you. You can find out how to support us here (https://www.ghacks.net/support/) or support the site directly by becoming a Patreon (https://www.patreon.com/ghacks)). Thank you for being a Ghacks reader. The post Microsoft renames Office Online to Office appeared first on gHacks Technology News.