The last week has not been great for Mozilla. Last Friday, reports started to come in from around the world that installed add-ons would not verify anymore and were disabled as a consequence. Users could not download and install add-ons from Mozilla AMO anymore either.

Latest figures show that about 60% of Firefox users install add-ons in the browser; any issue affecting 60% of the user base, especially when it comes to personal choices made by those users, is as critical as it gets.

Mozilla fixed the issue quickly for most users. Quickly still meant that some users had to wait days for their add-ons to work again while others, especially those on older unsupported releases, will still have to wait a bit longer before patches are provided.

Mozilla apologized on the official blog of the organization today. The company acknowledges that it failed and that it is sorry about what has happened. The organization used the Shield service to deliver fixes to users quickly. Since it required the enabling of Telemetry in the browser, it meant that data would be recorded.

Mozilla announced in the post that all Telemetry and Studies data collected between May 5th and May 11th will be deleted. 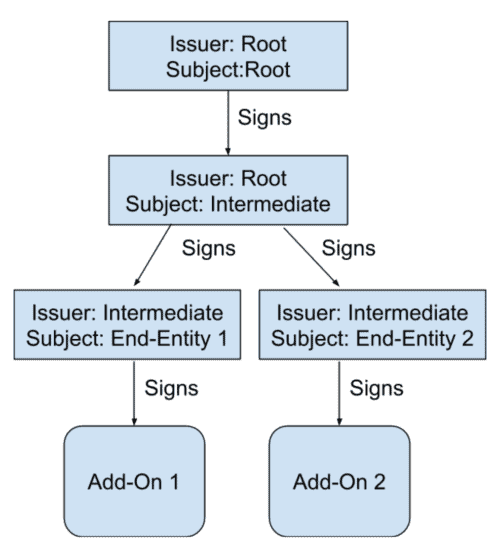 The intermediate certificate needs to be renewed every few years, and it is this renewing that did not happen.

Mozilla decided to generate a new certificate and install it remotely in Firefox to address the issue.

A post mortem is in the works and will be released soon. Mozilla promises that it will include a list of changes the organization plans to make to avoid any critical issue like this in the future.

Rescorla thinks that this should include monitoring of any “time bomb” components in the Firefox web browser to address any issue before it reaches users, a new system to push updates to users that does not require Telemetry/Studies, and also a look at the add-on architecture.

I think we can all agree that something like the add-on disabling issue should never have happened in first place. It did happen, unfortunately. Mozilla reacted quickly to address the issue. Yes, some users would have liked a better information policy of faster updates, but Mozilla did not really have that many options to fix the issue quickly, especially since it happened over a weekend.

Mozilla needs to implement safeguards to make sure that this never happens again. The organization won’t deactivate the entire add-on signing infrastructure of the Firefox browser, that is clear.

Ghacks needs you. You can find out how to support us here (https://www.ghacks.net/support/) or support the site directly by becoming a Patreon (https://www.patreon.com/ghacks)). Thank you for being a Ghacks reader. The post Mozilla apologizes for recent add-on disabling issue and provides details appeared first on gHacks Technology News.