Mozilla improved the Tracking Protection feature of the Firefox web browser with the release of Firefox 67.0 in May 2019. The organization added fingerprinting and cryptomining protections to Firefox, and enabled third-party tracking cookies blocking in Firefox 67.0.1 by default.

A series of new mockups suggest that Mozilla plans to make far-reaching changes to the protective features in Firefox. It needs to be noted that the plans could change, and that the final product could look different.

Away with the i-icon, new tracking protection panel

Mozilla plans to remove the icon from Firefox and separate information into a Tracking Protection panel and the lock icon for the connection.

The organization identified several issues with the current design including information overload, no separation of blocked and unblocked items, vague terminology, and visibility issues.

The lock icon that indicates the security of the connection gets new functionality as well. Mozilla moves the connection information and site permissions to the icon. 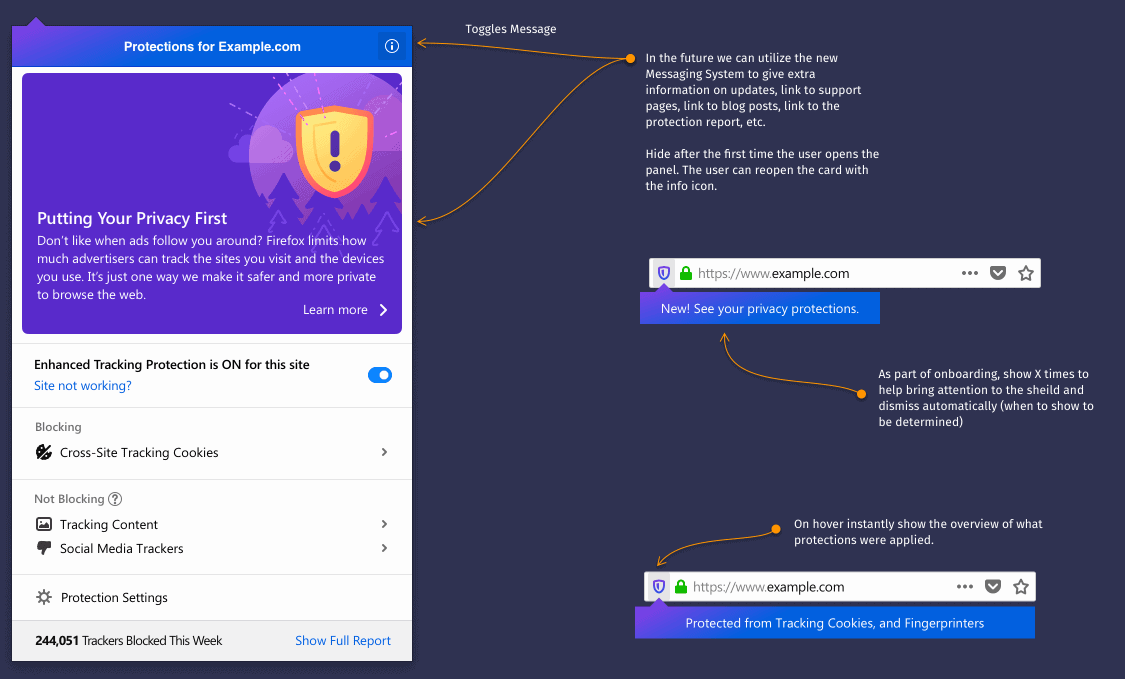 The new layout paves the way for a new type of interaction that Mozilla would like to implement. Mozilla could use the panel to push information and other content to the panel using a new Messaging system.

Social Blocking is a new Tracking Protection feature that blocks social media sites from tracking users across the Internet. The feature blocks trackers such as like-buttons or embeds on third-party sites to eliminate or reduce tracking.

Firefox may display prompts to temporarily disable social trackers if they are required for user interaction, e.g. when a sign in requires that certain trackers are allowed as it would not work otherwise.  Firefox users may allow tracking temporarily to complete the process.

Firefox may display a notification at the top of the web page if it detected that social media tracker blocking blocked content elements such as login forms on the page. The browser displays an option to load the page with tracking protections turned off to access the missing functionality. 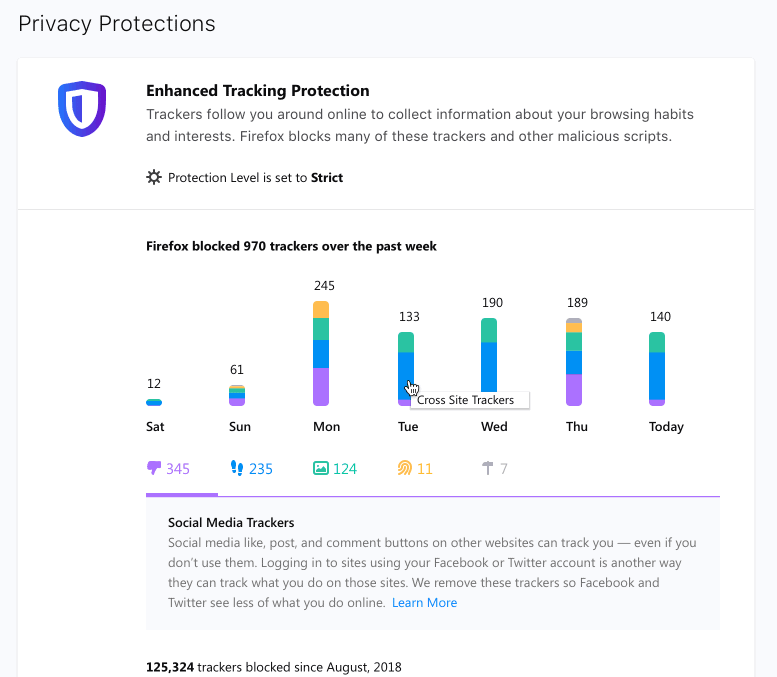 Another new feature that Mozilla plans to introduce is a reporting feature called Protection Report. The browser displays the number of blocked trackers per day of the week and sorted into categories such as cross-site trackers or social trackers.

The report provides Firefox Monitor and Firefox Lockwise information as well. Firefox Monitor is a breach-checking and notification service, and the report highlights the number of monitored email addresses, known breaches, and exposed passwords.

Firefox Lockwise is a password manager. The report displays the number of stored and duplicate passwords. 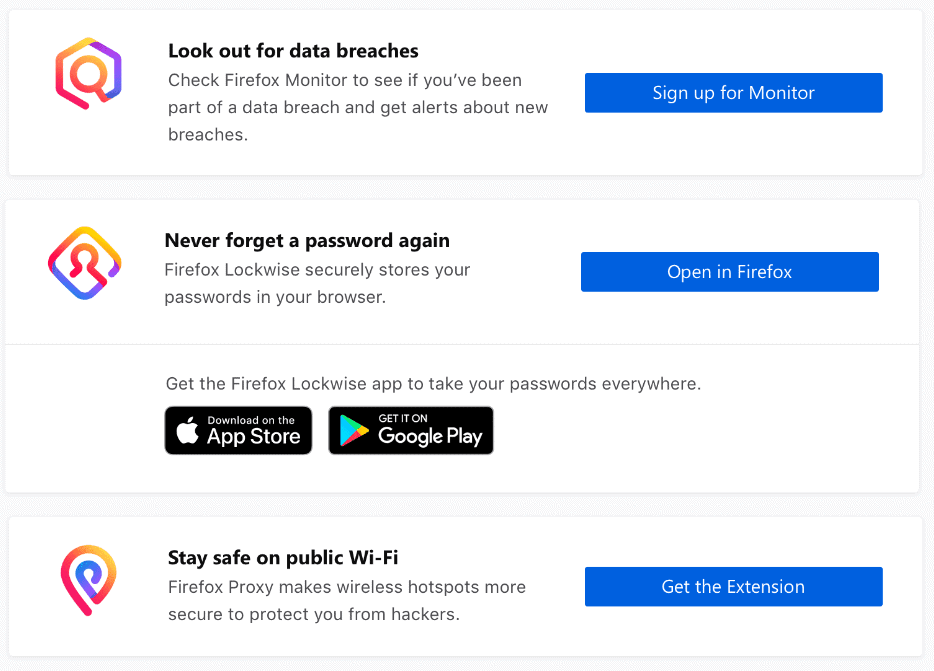 Mozilla has not announced Firefox Proxy officially. A mockup describes the service in the following way:

Firefox Proxy will be made available as a browser extension, at least initially. Whether it is the name of the upcoming VPN service that Mozilla could introduce later this year or something else is not clear at this point in time.

It could detect connections to public wireless networks and inform the user that connections to these networks are insecure and that the use of a VPN or proxy server could improve security; this would be an ideal placement to advertise the free/paid Mozilla VPN.

Mozilla plans to improve the protection features of the Firefox web browser and make usability improvements at the same time. The removal of the i-icon will be irritating to users in the beginning but it seems likely that Mozilla will inform users about the change on first run.

Now You: What is your take on these changes? (via Sören)

Ghacks needs you. You can find out how to support us here (https://www.ghacks.net/support/) or support the site directly by becoming a Patreon (https://www.patreon.com/ghacks)). Thank you for being a Ghacks reader. The post Mozilla plans far-reaching changes to Protective features in Firefox appeared first on gHacks Technology News.