Is it a good idea to integrate options to save Internet files directly to cloud storage providers? That’s a question that Mozilla tried to answer in a recent Shield experiment that it ran.

The traditional method to download files using web browsers is to save them to the local system. One reason for that is that web browsers don’t include options to store files directly in the cloud.

Extensions may add functionality to save files directly to the cloud. Google’s Save to Google Drive extension for Google Chrome has more than 5.6 million users, but that is the exception.

The main question that Mozilla tried to answer was whether Firefox users would like to see an “save to cloud storage” feature in the browser.

The goal of the Cloud Storage experiment is to evaluate whether there is a market fit for integrating the Firefox download feature with one of the existing cloud storage providers (e.g. Dropbox, Google Drive).

Mozilla selected 1% of the Firefox 60+ release population that used the en-US locale for the study. A prompt was displayed to all users selected for the study so that users could decline the experiment.

Firefox users who took part in the study saw an updated download panel that would include options to save the download to one of the connected cloud storage providers. 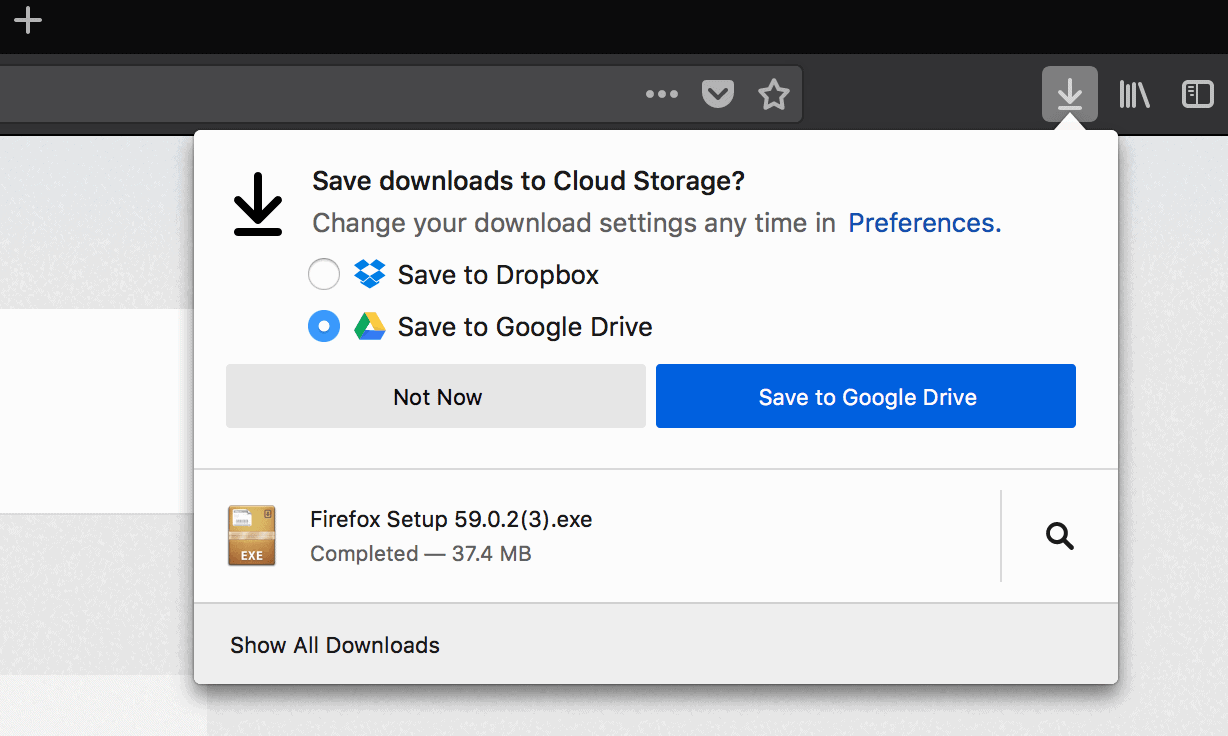 Firefox users could push the file to the cloud storage immediately or download it to the local system instead.

Study participants could move local downloads to the cloud with a right-click on the downloaded file in the Firefox download panel and the selection of one of the connected providers. 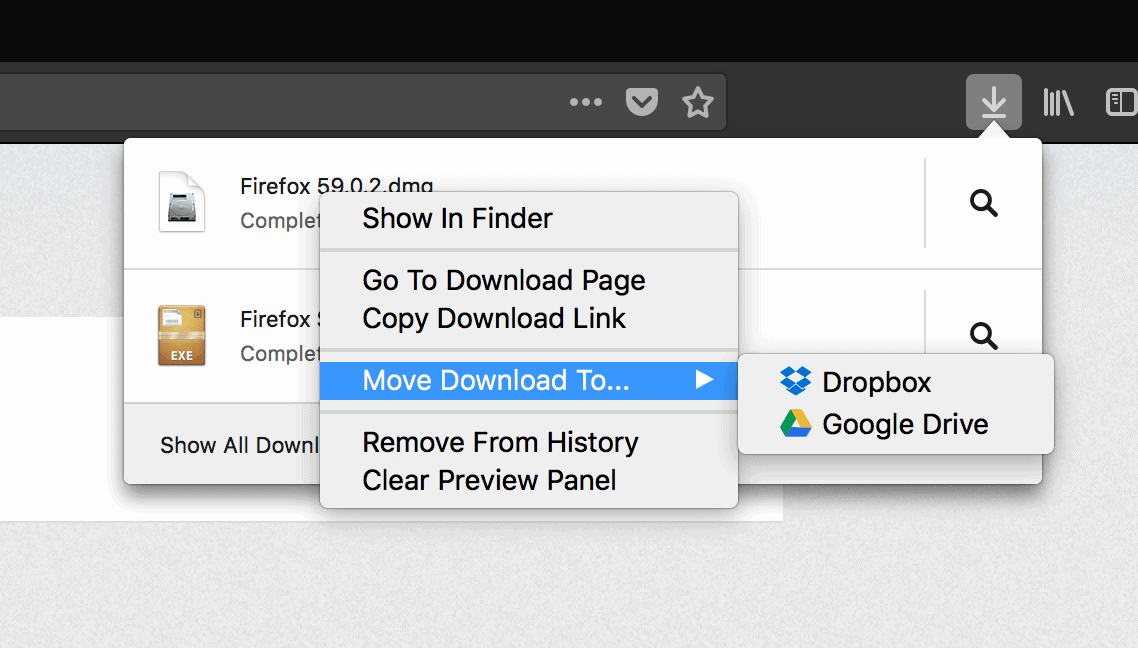 Icons were attached to downloads saved to cloud storage providers to distinguish them from local downloads.

Firefox users who took part in the study could select a cloud provider as default storage to always save downloads to the cloud.

Google Drive and Dropbox were the two most used cloud storage services followed by iCloud and Microsoft OneDrive.

Mozilla asked all participants questions and about 70% of them said that they would “choose to keep” the feature and 10% of study participants switched the default download behavior to a cloud provider.

The “move” feature that allowed users to move local downloads to a selected cloud provider was not used by many participants.

It remains to be seen how (and if) Mozilla will react on the findings of the study. Will we see the save to cloud storage option integrated into Firefox natively in the future?

Mozilla did reveal that the integration may open up new business opportunities.

Now You: Would you find the option useful?

Ghacks needs you. You can find out how to support us here or support the site directly by becoming a Patreon. Thank you for being a Ghacks reader. The post Mozilla ran a cloud storage download experiment in Firefox appeared first on gHacks Technology News.