A few months we told you how to disable the Twitter redesign and get the old interface back. Yesterday I ran into the new UI in Firefox even though I kept the proposed modifications in the browser since the guide was published. 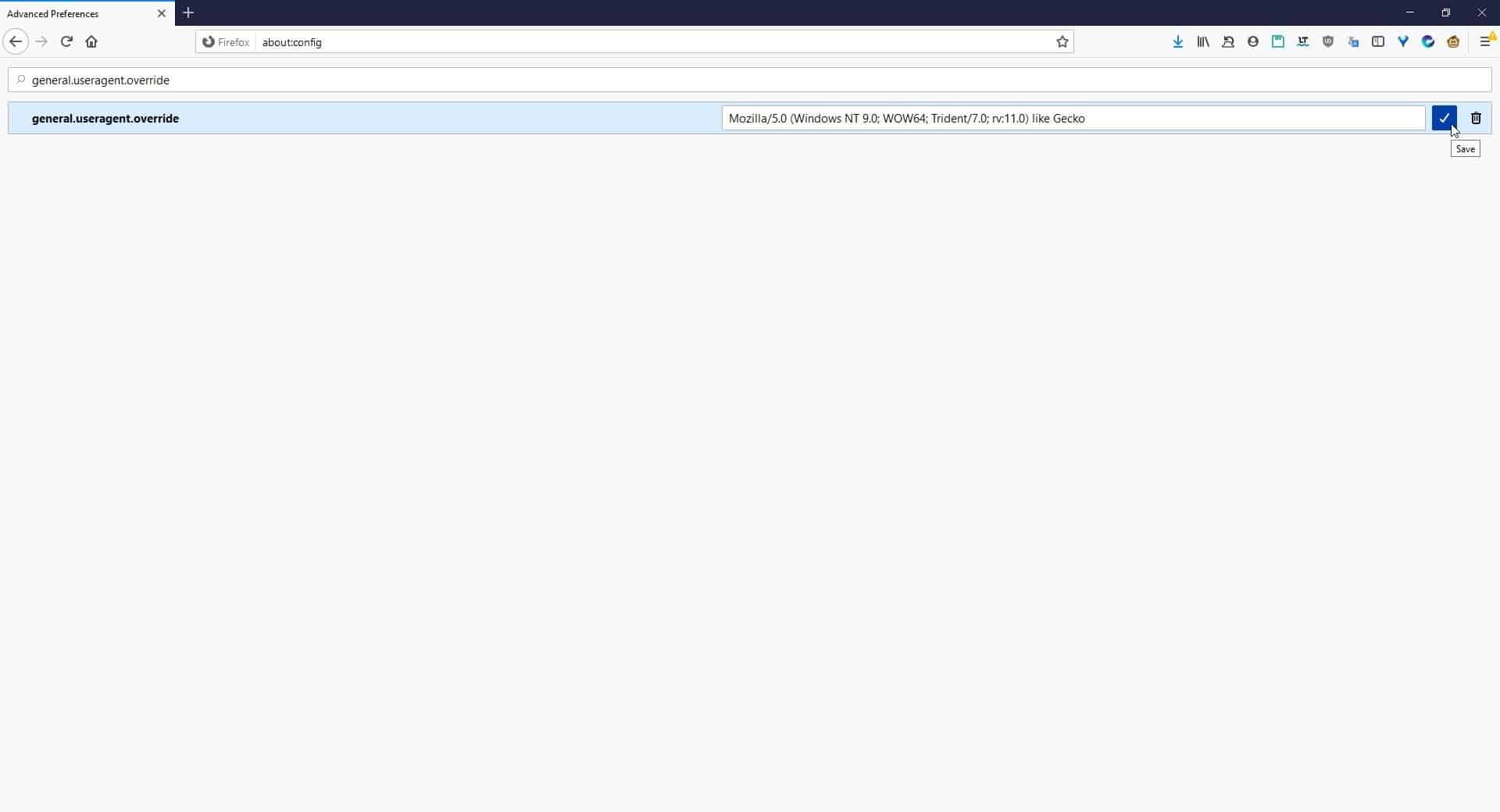 I was a bit puzzled, and thought that the social network is now forcing users to use the mobile-centric interface. In order to help other users, I tweeted a message about the GoodTwitter extension along with a link to the previous article.

Sometime later, a Firefox user reached out to me on Twitter, and said he couldn’t install add-ons at work. What’s interesting here was that he mentioned that the User Agent setting no longer worked for him.

Then I remembered that I had been using the very setting he was talking about, and not the add-on (which I had disabled). After a bit of Google-fu, I discovered what caused the problem. It turns out that it wasn’t Twitter that was playing foul, but none other than our beloved browser, Firefox.

About a week ago, Mozilla released Firefox 71 to the stable channel. It brought with it an important change, a new about:config interface. What some users (including myself) weren’t aware, was that the new version removed the site specific user-agent override option from about:config. And quite surprisingly, this isn’t a bug, but actually appears to be done by design.

Valentin Goșu, who works at Mozilla has confirmed this on the Bugzilla forums, in a reply to a complaint from a user, nearly 2 months ago. Digging further revealed that this change had been planned by Mozilla last year.

So, what is the issue?

You can no longer set site specific overrides using the UserAgent string. You will need to set the User Agent override globally (affects the rendering of all websites). Since this is a global override, it could make some websites look odd, for e.g. YouTube uses an older design in this user agent, and if you use a non-Firefox user agent you won’t be able to download extensions from the add-ons repository.

There are two workarounds for this:

Open a new tab to enter the about:config page, and paste the following text in the search box that appears.

A new setting should be displayed in the tab, select the “String” option, click on the plus button on the right side. 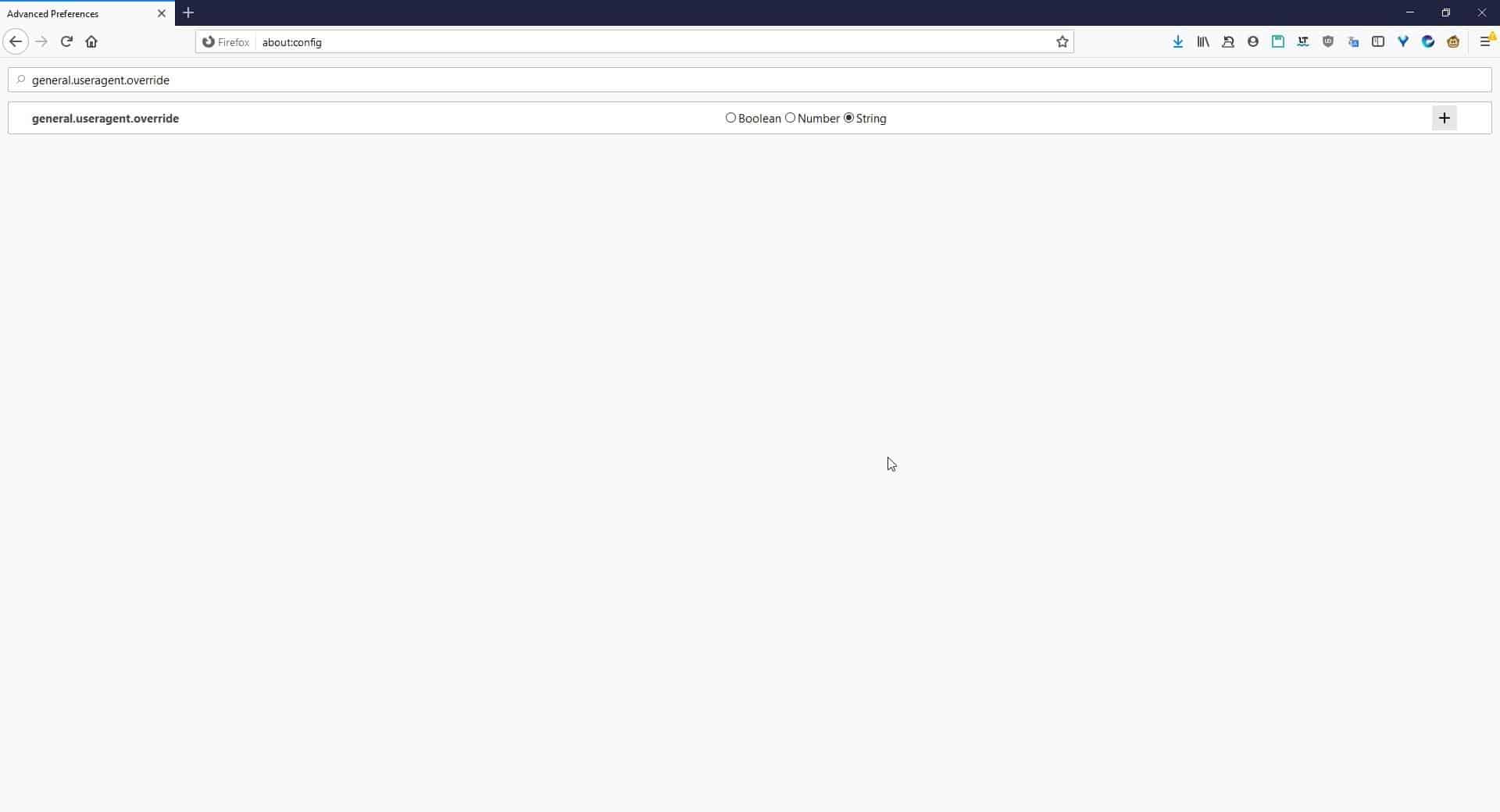 Now, copy the following value and paste it in the setting’s field, and click on the checkmark button to finish the process.

This should bring the old Twitter interface back. You can find other user agents from this website.

If you want to access Skype for Web, use the Chrome User Agent instead. 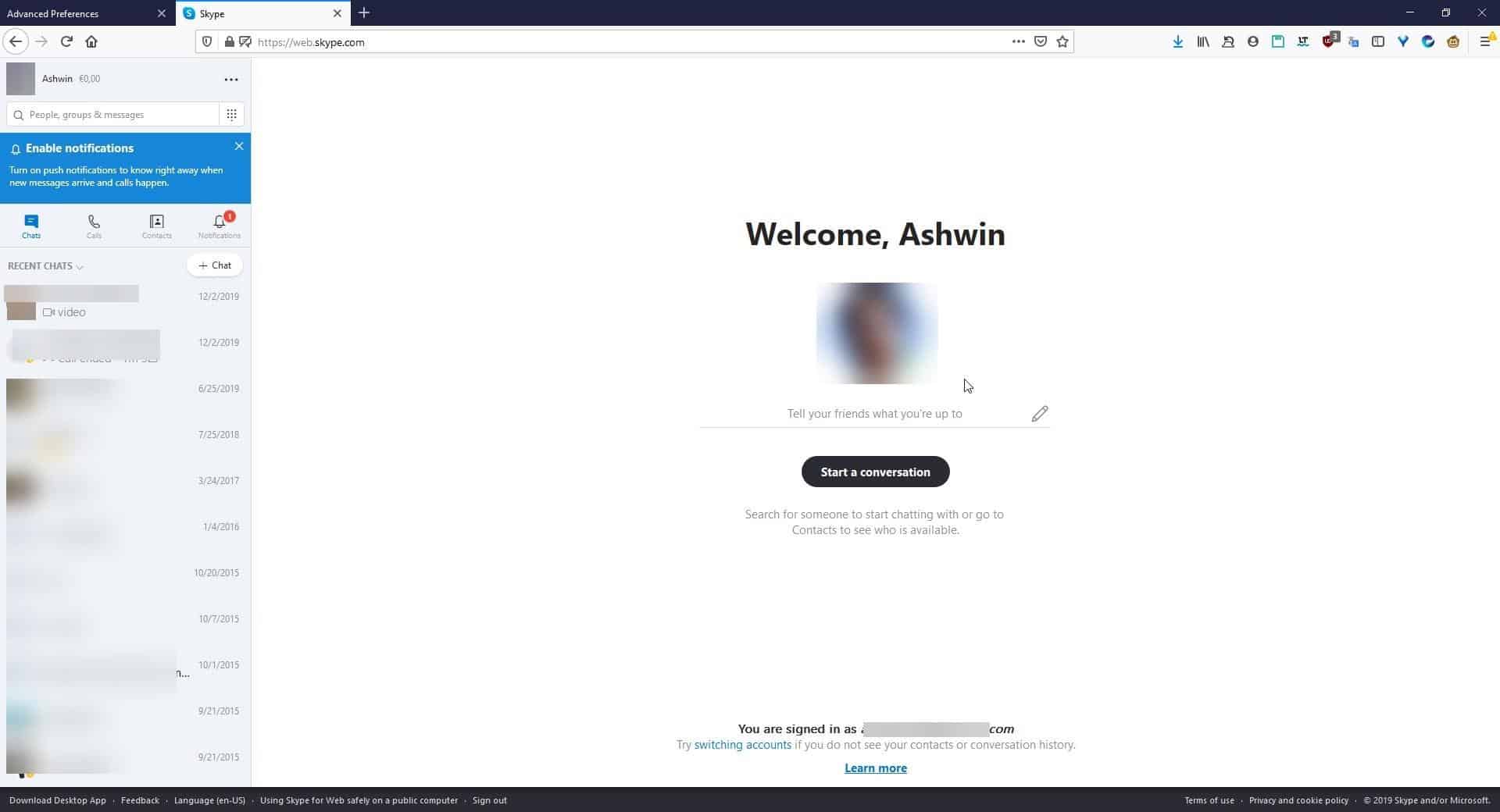 The only other way is to use an add-on like User-Agent Switcher and Manager (White-list mode) and set the user-agent for each site manually.

This may not be a big deal for many users, but priceless to many. Personally, I had been using it on 2 websites, Twitter and Skype Web (which requires Chrome or Edge). When my bank’s internet banking website stopped working in Firefox (had to use Chrome), other users and I voiced our concerns and they re-added support for Firefox.