Mozilla has selected the DNS provider NextDNS as a new partner for its Trusted Recursive Resolvers Program. NextDNS is the second DNS provider (after Cloudflare) that has been accepted into the program.

Work on DNS-over-HTTPS in Firefox began in 2017. The feature is designed to protect DNS requests by using encryption in order to thwart of attacks and improve privacy. Additionally, it may also allow users to bypass DNS-based filtering attempts.

When Mozilla announced the integration of DNS-over-HTTPS in the organization’s Firefox web browser, it selected Cloudflare as its sole partner. Cloudflare was accepted into the Trusted Recursive Resolvers program with strict operational requirements.

The decision was met with criticism. Two main arguments brought forward were that focusing on a single partner did not give users choice and that Cloudflare was not without criticism either.

Microsoft and Google selected a different route. The companies made the decision to enable DNS-over-HTTPS automatically if the selected DNS provider supports the technology. In other words: users may benefit from the new technology without needing to make any changes to their systems or them, in some cases, even knowing about it. 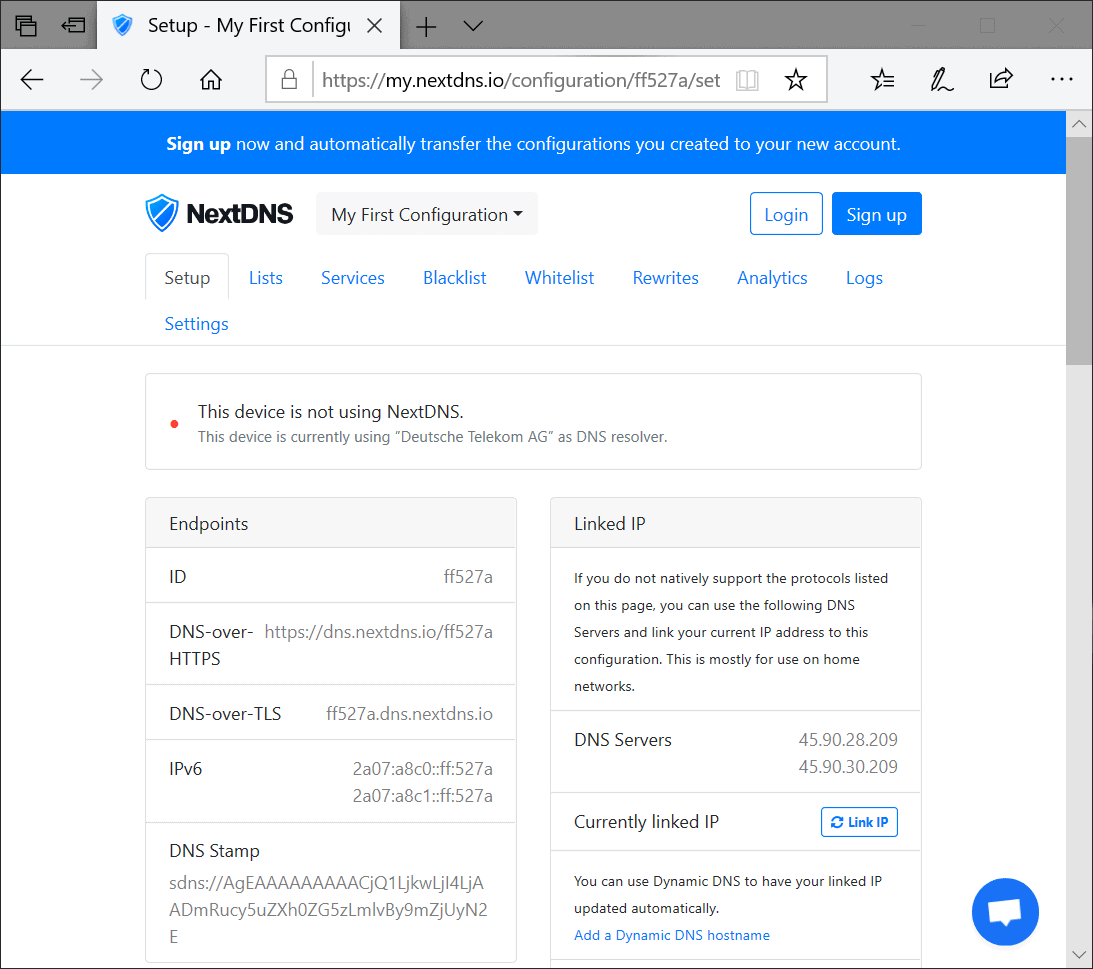 Mozilla announced yesterday that NextDNS has been added to the list of official partners for Firefox’s DNS-over-HTTPS feature. NextDNS is a new DNS provider that launched in March 2019 that is “a fully customizable, modern, and secure DNS provider” according to Mozilla.

The service is listed as beta currently on the NextDNS website and is completely free during the beta period. NextDNS offers options to enable filtering lists to block known malicious sites, trackers, and other unwanted requests.

The company plans to introduce a paid option after the beta period ends for $1.99 per month for unlimited DNS queries. Free customers are limited to 300,000 DNS queries per month. It is unclear what is going to happen when the limit is reached.

Mozilla plans to bring more partners into its program in the future.

Now You: Do you plan to use DNS-over-HTTPS when it becomes available?

Thank you for being a Ghacks reader. The post NextDNS is new Firefox DNS-over HTTPS partner appeared first on gHacks Technology News.