Nvidia plans to release the last version of the GeForce Game Reader driver 418 in April 2019. Release 418 drivers will be the last release to support 3D Vision. Future drivers, release 419 and newer, won’t release the technology and software anymore.

The company will support release 418 until April 2020 but only to address critical driver issues according to a new support page on the official Nvidia support website.

Nvidia plans to include the 3D gaming software 3DTV Play with the driver release and to remove the standalone download of 3DTV from its website following the release.  3DTV is used for 3D gaming on 3D capable TVs. The previously commercial software will be offered for free with the release of driver 418 in Apirl 2019.  The 3D Vision Video Player software remains available as a standalone download throughout 2019. 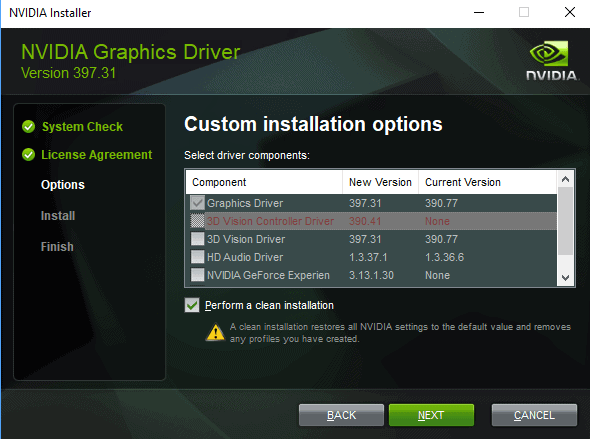 Nvidia customers who use 3D Vision should stay on Release 418 to use the technology until 2020.

Support will be dropped completely in April 2020 by Nvidia. While it is still possible to stay on the then-outdated and unsupported driver to continue using 3D Vision, it is not recommended to do so because of the lack of support.

Nvidia did not mention why it decided to end support for 3D Vision. The most likely explanation is that 3D never caught on in home entertainment let alone in gaming, and that demand likely dropped even further with the release of the first Virtual Reality headsets. While VR technology is facing an uphill battle to win over gamers and consumers in general as well, it has better chances than 3D technology especially since it is possible to use the technology to watch movies in 3D.

Experienced users customize Nvidia driver installations or use third-party software like NVSlimmer to block any component that they don’t require from installing on their devices to remove Nvidia Telemetry and other components that may start with Windows or run in the background.

Ghacks needs you. You can find out how to support us here or support the site directly by becoming a Patreon. Thank you for being a Ghacks reader. The post Nvidia drops 3D Vision support in GeForce Game Ready Drivers appeared first on gHacks Technology News.