We have talked about quite a few screenshot tools here, the most recent of which is Free Shooter. Let’s take a look at a freeware anti-screenshot tool, ScreenWings. First of all, we need to answer a question: why do we need such an application. Short answer, privacy.

There are many kinds of malware out there on the internet, some of which are intended to steal user information. While most target user credentials, i.e., your username and password, low-level malware like screen loggers may capture a screenshot of the content on your monitor and secretly send it to the malware creator.

There is also the case where someone else who has physical access to the system may capture screenshots, or may install software that does so automatically. 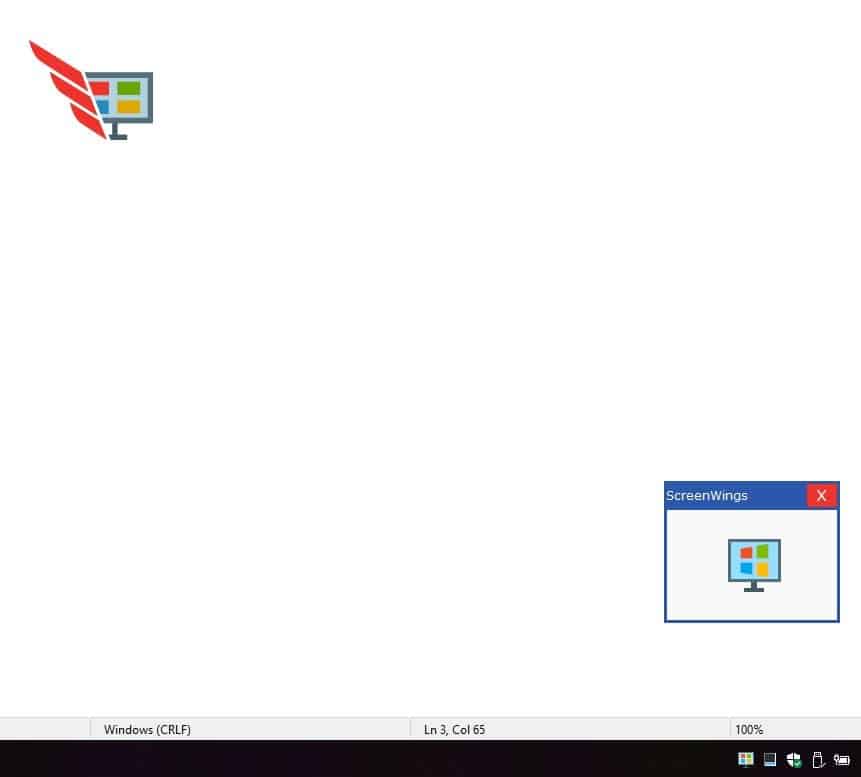 So, let’s say a screen logger infects your computer, and even if your password is obscured by the password field box, your username which is normally an email address becomes compromised. Well, technically such a malware can take screenshots of other information too, like your email inbox, bank statement, social network, private information and anything you do online. This is the problem that ScreenWings tries to address.

It is a portable application which means you can carry it with you on a USB Flash drive and use it to secure your data even on a publicly accessible computer. The program does not require administrator privileges to run so any user can use it. Extract the archive that you downloaded, run the EXE and you should see a small pop-up window appear.

That’s it, how simple was that? There are no settings or menus that you need to tinker with.

To test whether it blocks screenshots, use the Print Screen key, or Snipping tool or any other tool and it should block the screen capture. When you try to paste the clipboard content after using trying to capture the screenshot, you will see just see a blank screenshot which is black (no text or picture appears). That’s the proof you need. This works with all applications, system-wide.

Now for a bit of good news and bad news. The Good news is that ScreenWings has a Ghost mode, which can be used from the Command line. It makes the program run silently in the background without the pop-up and automatically enables the protection. Bad news? It’s not available in the free version, which is meant for non-commercial usage.

The program is compatible with Windows 7 and above and runs on basically any hardware. The developer claims that ScreenWings can protect up to six screens, so multi-monitor setups are supported as well.

The application is about 3.28MB in size, and uses about 60MB of RAM, which is quite acceptable for the level of protection that it offers.

ScreenWings is a specialized problem to protect against a special kind of threat. While that means that only some users will find it useful, those who do may use it on any system that runs Windows, even on public computer systems as it does not require elevated rights to run.

Now you: do you use specialized security software?

Thank you for being a Ghacks reader. The post ScreenWings can block malicious programs from taking screenshots appeared first on gHacks Technology News.