Windows administrators and users who set up new accounts on devices running the Windows 10 operating system have two main choices when it comes to that: they may set up a user account using a Microsoft Account, or set up a local account. 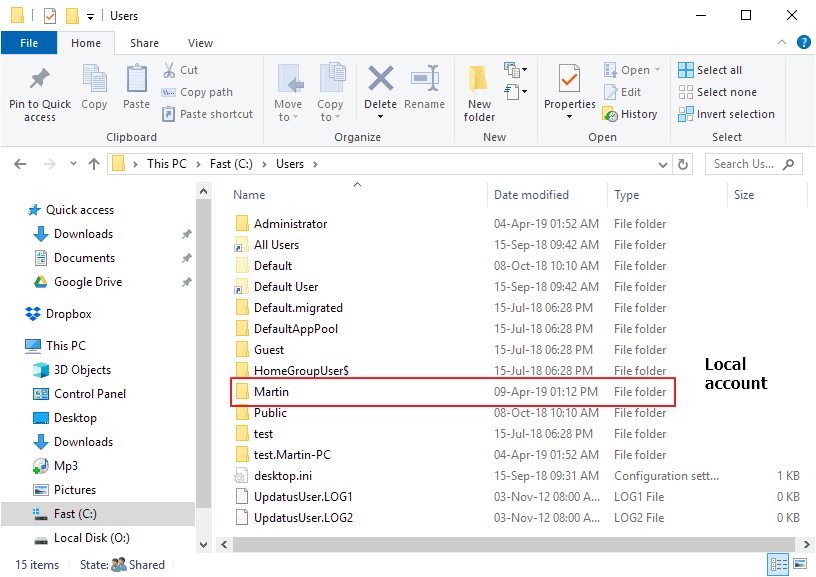 If you asked yourself in the past why your user folder appeared cut off, that is the likely explanation. The user folder on a Windows 10 Fast Ring test system has the name marti, and I always asked myself why it had that name and not the correct name martin which another of my PCs uses.

The difference was that I used a Microsoft Account on the Insider Build PC, and a local account on the other PC.

In other words: if you want a custom name for the user folder, you need to create a local account on the device (first) to do so; this makes no different for users who use a five character email address but anyone else may prefer a properly named user folder.

If you select local account, you are free to pick the name for the account; that name is automatically the name of the user folder on the device for that user.

You can switch to a Microsoft Account after the local user account creation if you prefer to use one; doing so won’t change the name of the user folder.  (thanks Deskmodder)

Ghacks needs you. You can find out how to support us here or support the site directly by becoming a Patreon. Thank you for being a Ghacks reader. The post Set up a local account if you want a custom user folder name appeared first on gHacks Technology News.