The next version of Windows 10, Windows 10 19H1 delivered as the May 2019 Update at the end of May 2019, features several Start Menu improvements.

Some of these improvements fall on the usability side of things: Microsoft changed the default Start Menu layout to a single-column layout for new installations instead of the currently used dual-column layout, and unlocked more apps for direct uninstallation using the Settings application.

Another usability improvement comes in the form of an option to remove entire groups from the Start Menu by unpinning the entire group. All that is needed for that is to right-click on the group title, e.g. the default Productivity or Explore, and to select the “Unpin group from Start” context menu option that is displayed. 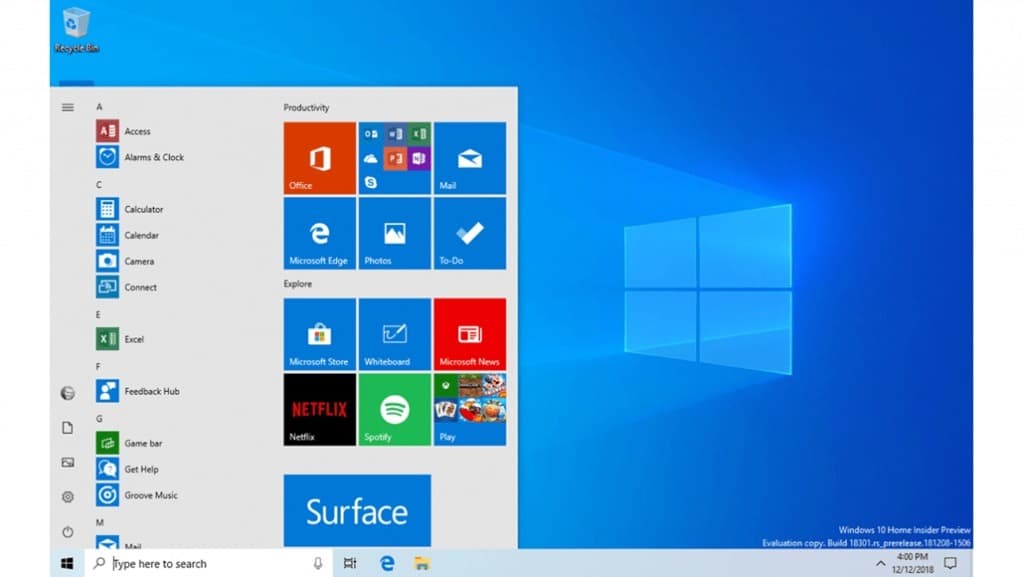 Another change affects the stability and performance of the Start Menu. Microsoft decided to move the Start Menu into its own process. Current Start Menu iterations rely on Explorer Shell; if anything slows down the Explorer process, the Start Menu is slowed down as a consequence as well.

By cutting the tie between Start and Explorer, issues that affect Explorer won’t impact Start anymore once the May 2019 Update for Windows 10 is installed on a device (or newer versions).

The Start Menu process is StartMenuExperienceHost.exe; it is introduced with the May 2019 Update and users will see the process listed when they open the Windows Task Manager or use another process manager or explorer on the machine.

Just use Ctrl-Shift-Esc to open the Task Manager and switch to the Details tab to find the Start Menu process in the list of processes. 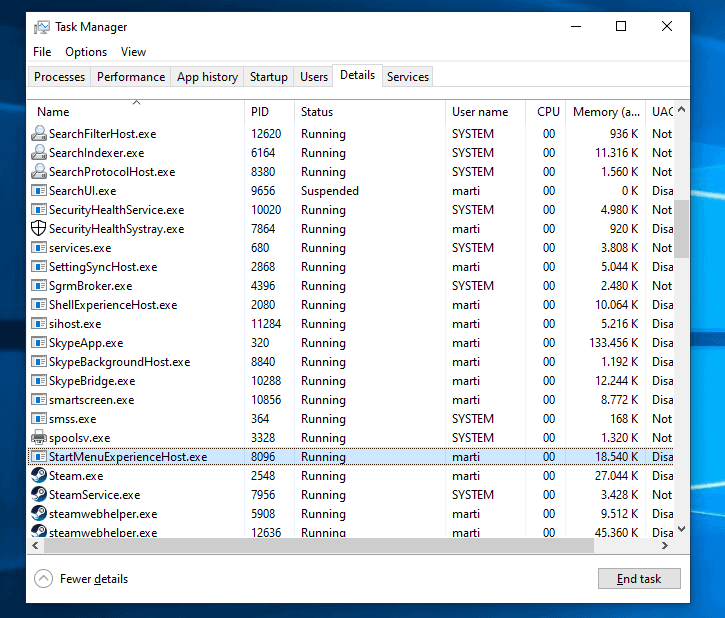 Gone are the times where Explorer issues take down the Start Menu as well; that is definitely a good development as it should improve Start responsiveness and stability significantly.

There is still lots of room for improvement, even if you compare the functionality of the Start Menu under Windows 10 with that of Windows 8.1. Windows 10’s Start interface does not support multi-tile selections for one, something that Windows 8 did support (you can open multiple Start Menu apps in one operation though).

Now You: What is your Start Menu experience so far?

Ghacks needs you. You can find out how to support us here or support the site directly by becoming a Patreon. Thank you for being a Ghacks reader. The post Start Menu gets its own process and a performance boost in Windows 10 19H1 appeared first on gHacks Technology News.