Some users noticed that the profile that they were using in Thunderbird previously was not loaded after they made the upgrade to the new version. The profile contains all configured email services, all emails, installed extensions, and any other user data such as information about changed preferences.

Thunderbird 68.2.2 fixes the upgrade issue that occurred when a 64-bit version of Thunderbird was upgraded from version 60 to 68.

Then upgrading a 64bit version of Thunderbird version 60 to version 68, the existing profile wasn’t recognized and a new profile was created.
Note: If your profile is still not recognized, select it by visiting about:profiles in the Troubleshooting Information.

The new version has two unresolved issues according to the release notes: 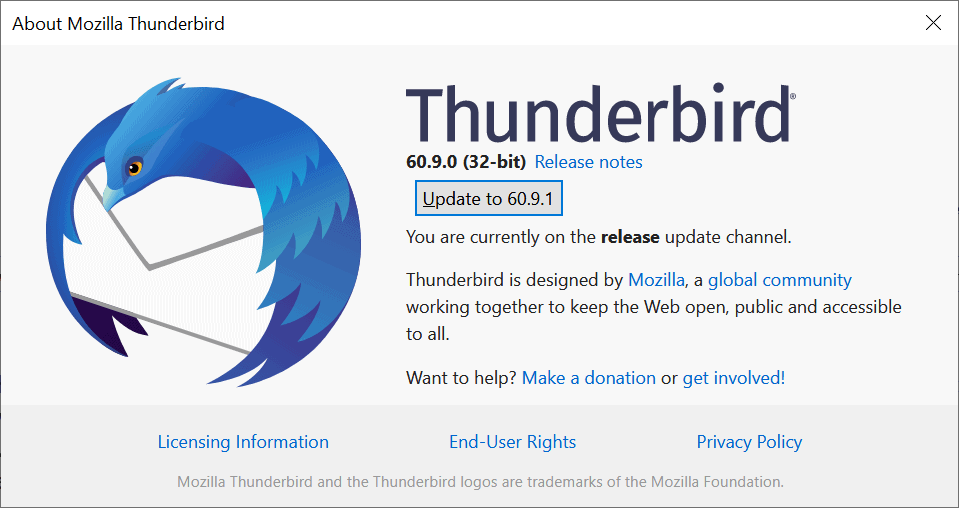 The version has two unresolved issues of its own according to the release notes. Both are long-standing issues and not new:

Both updates are not really must-have updates unless you are affected by one of the issues that they resolve. If you noticed issues with Gmail accounts in Thunderbird you may want to upgrade as the new version may resolve those.

Now You: Which version of Thunderbird do you use currently, if any? (via Born)

Thank you for being a Ghacks reader. The post Thunderbird 60.9.1 and 68.2.2 have been released appeared first on gHacks Technology News.