As a freelance writer, sometimes I have to read foreign language material or a webpage for reference. I have always felt this way, and I’m quite certain that I’m not alone in this, but Google Translate is often terrible.

Machined-based translation services often get the meaning of a word or sentence wrong. Google switched to neural networks in 2016 to improve translations and while it appears that they have in some instances, they have not in others.

This has lead to hilarious mistranslated articles at times. That being said, without it, we’d be lost in translation, quite literally.

DeepL, which we reviewed here on this site as well, does it better in many cases, but it is limited to only a handful of languages.

To Google Translate – A useful interpreter 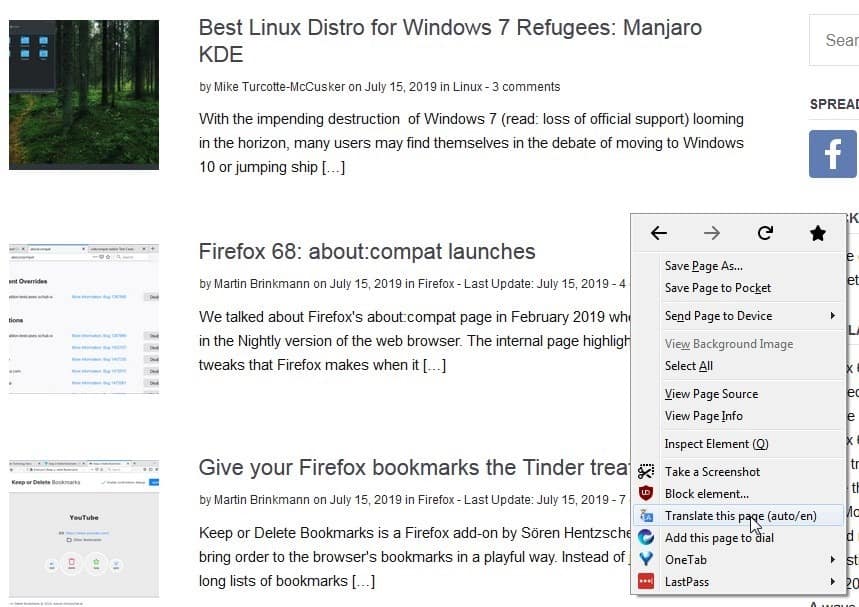 It is at times like these, that being a Firefox user sometimes poses a hurdle. We don’t have the convenience of built-in Google Translate support, that Chrome users enjoy. So, we have to rely on either visiting the translation websites manually, or use an add-on like Google Translate.

The extension written by Juan Escobar is very user-friendly. It consists of 2 features, that’s it. One of these is a right-click context menu option.

Let’s say you’re on a website which is not in your native language. In this instance we are going to pretend we’re English speakers, and we wish to translate a Spanish website to our language. Normally, you’d have to go to the Google Translate website and then paste the link of the said site, and then wait for the page to load in English. That’s time consuming and involves 2 or 3 clicks, not to mention having to type the address of the translator page.

That’s not an issue with To Google Translate, when you’re on a foreign language website, right-click anywhere on the page, and select the “Translate this page” option. It will open a new tab with the Google Translated version of the webpage, in your preferred language. How does it know your settings? It uses your Google account information, when you’re logged in to Google in Firefox.

You can highlight a word or a sentence, and select “To Google Translate”. It will have a sub-menu with 3 options: Translate, Listen, and “Translate this page auto”. Choosing the Translate option opens a new tab and display the translated text and its meaning.

Selecting “listen” uses the Text to speech feature, which reads out the content aloud. This however reads it in your default language, so don’t expect to hear the translated version. The Translate this page auto option sets Firefox to always load the translated version of the webpage. To undo this, select the option again. 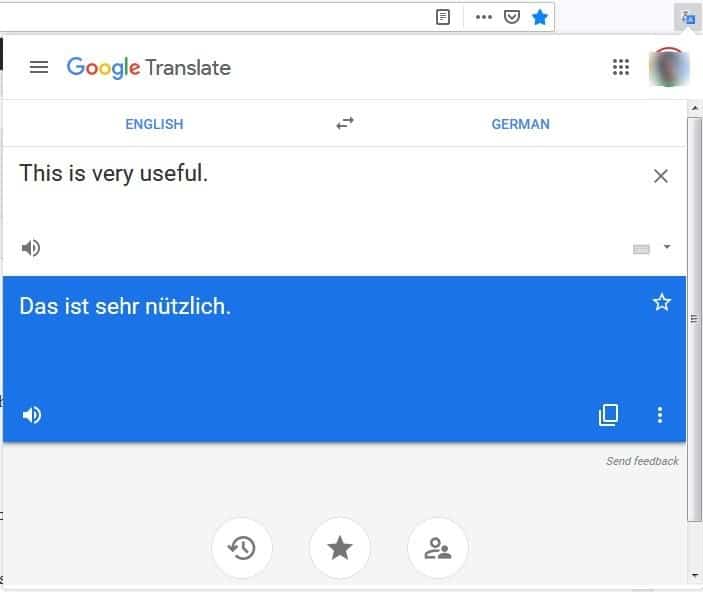 The 2nd feature is the icon on the toolbar, clicking which brings an in-page pop-up. Here, you can paste some a word or a phrase or even an entire page of text content, and the add-on will translate it. The translated result is displayed in the language that you select in the same pop-up window. That’s very handy.

Tip: The translation works in real-time, in an as-you-type manner. You can also use the pane as a dictionary, type in a word and its meaning will be displayed just below the text field.

I had been using a different add-on called S3 Translator until a few months ago. One day it came to my attention that the add-on was no longer in Mozilla’s repository. Upon digging further, I realized that it was removed owing to some privacy concerns. I believe it was the pop-up window which the add-on displayed the translation in, that violated some ToS. Googling for a replacement led me “To Google Translate” (pun unintended).

Ghacks needs you. You can find out how to support us here (https://www.ghacks.net/support/) or support the site directly by becoming a Patreon (https://www.patreon.com/ghacks)). Thank you for being a Ghacks reader. The post To Google Translate is a useful translator add-on for Firefox appeared first on gHacks Technology News.