The final version of the Linux distribution Ubuntu 19.04 is now available. The new version is already available for download in all supported flavors.

Existing Ubuntu systems running Ubuntu 18.10 can be upgraded to the new version directly using the built-in Update Manager. All that is required for that is to go to Settings > Software & Updates > Updates, set “Notify me of a new Ubuntu version” to “for any new version” to get started. Use Alt-F2 and type update-manager -c into the command box that opens.

The Update Manager should pick up the Ubuntu 19.04 release and let you know that it is available. Just select upgrade at that point and follow the instructions to upgrade the existing Ubuntu installation to the latest version.

Systems with i386 hardware won’t be able to upgrade to the new version as it is considered currently to drop support for the architecture; the team does not want users stranded on a release with a shorter support phase. 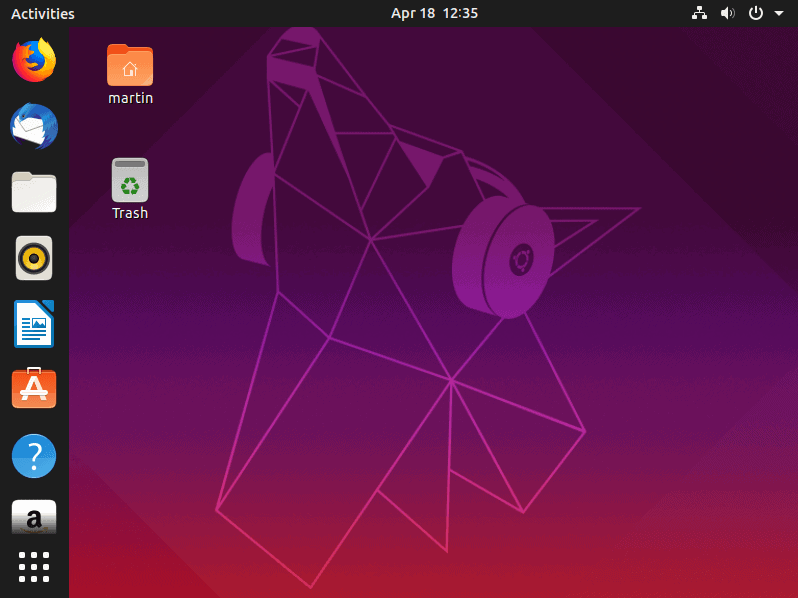 Ubuntu 19.04 features several important changes, new features and updates. The new version is based on the Linux release series 5.0 opposed to version 4.15 which shipped with Ubuntu 18.04 LTS.

The Ubuntu desktop comes with the GNOME 3.32 interface which should feel faster and more responsive thanks to “numerous performance improvements”. A quick test confirmed that it feels snappier indeed.

The Ubuntu team lists two known desktop issues right now. The first describes a delay when selecting third-party drivers during install. It may take a couple of minutes as the Ubuntu Drivers tool is refreshing the cache. Installation should commence normally after the cache refresh.

The second issue affects secure-boot enabled systems with Broadcom wireless adapters. Modules may end up uninstalled after reboot so that Wifi is not available. Workaround is to reinstall the bcmwl-kernel-source package using sudo apt-get install –reinstall bcmwl-kernel-source

Ubuntu Server administrators can check out the release notes to find out what is new.

Now You: Do you use Ubuntu?

Ghacks needs you. You can find out how to support us here or support the site directly by becoming a Patreon. Thank you for being a Ghacks reader. The post Ubuntu 19.04 is out appeared first on gHacks Technology News.