Earlier this week, Microsoft stated in no uncertain terms that the company’s security software Microsoft Security Essentials would not receive any more updates after Windows 7’s support end on January 14, 2020.

Microsoft answered the question whether Microsoft Security Essentials could be used to protect computers after end of support:

No, your Windows 7 computer is not protected by MSE after January 14, 2020. MSE is unique to Windows 7 and follows the same lifecycle dates for support.

Woody Leonhard questioned whether Microsoft would indeed retire the application in its entirety even for customers who paid Microsoft for Extended Security Updates. Businesses and Enterprise customers may extend support that Windows 7 receives by up to three years by paying Microsoft per device or user (a bypass for non-businesses systems was found recently). 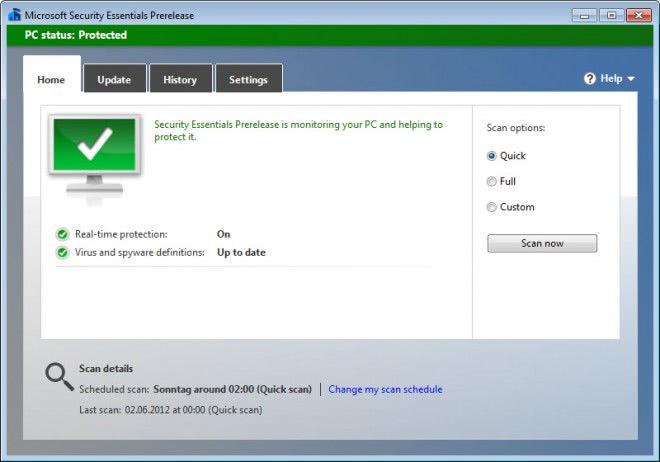 Would Microsoft really disable Microsoft Security Essentials on these devices despite the fact that these companies and organizations pay Microsoft for extended support? Turns out, no, that is not what Microsoft wants to do.

The company modified the answer on the FAQ page so that it now reads:

Microsoft Security Essentials (MSE) will continue to receive signature updates after January 14, 2020. However, the MSE platform will no longer be updated.

The most likely explanation that I have for this is that Microsoft meant software updates all long when it mentioned that MSE would not be supported anymore and that it had no intention of disabling the release of new security definitions.

I think that Microsoft will continue to push definition updates to all Windows 7 devices that run Microsoft Security Essentials. It is the sane thing to do considering that a huge number of Home systems and unsupported systems in organizations still run the operating system.

If you look back at how Microsoft handled definition updates when it retired Windows XP and Windows Vista, you will notice that support was extended and not cut off at the time the operating systems ran out of support.

As far as Microsoft Security Essentials software updates are concerned, those won’t be released anymore. It is possible, however, that Microsoft will push out updates if a serious security issue is detected in the application.

It would not be the first time that Microsoft would release a security update for an unsupported operating system. The company released an update for Windows XP back in 2017, two years after end of support, that protected systems against WannaCry attacks.

Thank you for being a Ghacks reader. The post Windows 7: Microsoft Security Essentials will receive definition updates after support end appeared first on gHacks Technology News.